28th June saw 3 of us competing in Abingdon's Got Talent competition, run by Abingdon Town Council, which was held in Abingdon Market Square. How delighted we were when it was announced that we'd won a place in the finals in July along with 12 other acts, o'er. Finals day loomed and we practised our new saidi stick dance almost daily again for it's second showing. Finals day July 26th arrived and it was again another beautiful sunny day and the crowds thronged the Square for the show down. We were 2nd to last on, so were able to watch some of the fabulous acts appearing before us. At last we were able to strut our stuff (not a foot wrong or a drop of the stick by any of us - this time), it was questioned though why we danced with 'walking sticks' mmm - saidi stick dancing is yet another form of belly dance (check out the link above for saidi description). We were awarded with runners up in our (ahem! over 18's) category which we were all delighted with. Well done to all those who participated and of course congratulations to those who won (Simon Cowell has definately missed some talent). A big thanks to Abingdon Town Council for putting on the competition too, the judges, compere and the crowd of folk cheering (sounds like the Oscars)! 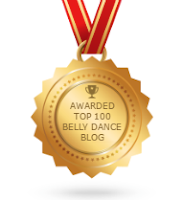 Photographs on this site may be subject to Copyright and may not be downloaded, copied or reproduced in digital or physical form without the owner's prior permission. 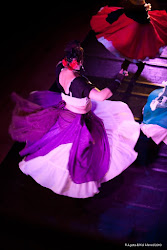 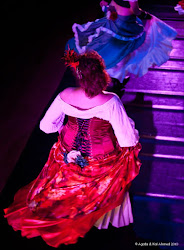